What is the FIA Report?

Every calendar year, the Office of Internal Audit (OIA) distributes the Financial Integrity and Accountability (FIA) Report to the heads of all state departments, agencies, and quasi-agencies. The FIA reporting process is the culmination of a statewide assessment of the adequacy of internal controls as reported by these agency and department heads.

The report is a uniform, electronic-based questionnaire developed by the OIA which has been designed to allow each entity to evaluate and report on its system of internal controls. It is comprised of twelve sections and over one hundred questions. The questions assess controls over each agency's strategic operations, general operations, financial information, human resources, regulatory compliance, and government service. The FIA Report also provides each agency with an opportunity to submit additional written commentary at the end of the questionnaire. Copies of all completed surveys are forwarded to the Governor, the Director of Administration, the Legislature, the Office of the Auditor General, and the State Library in accordance with State Law.

Why is the FIA Report issued?

This required assessment of internal controls was established by Rhode Island General Law § 35-14, Financial Integrity and Accountability. This 1986 enactment by the General Assembly requires every state agency head to establish a system or systems of internal accounting and administrative controls within their agencies and to prepare and submit a report on the adequacy of the agency's controls by December 31 of each year. The FIA report must be signed by the head of the agency.

Why is it an important tool for our State?

The results of this report provide a valuable resource in the analysis of controls on a statewide level. The implementation of the FIA reporting process puts the State of Rhode Island on par with the reporting requirements of public companies whose securities are listed in the United States that are required to make and keep books and records that accurately and fairly reflect the transactions of the corporation and to devise and maintain an adequate system of internal accounting controls.

The FIA reporting process also preceded internal control framework requirements later issued by the Committee of Sponsoring Organizations (COSO) of the Treadway Commission in 1992 and the Sarbanes-Oxley Act of 2002. Although state governments were not required to adhere to the requirements of Sarbanes-Oxley, the State of Rhode Island took a proactive stance in making internal control assessments a fundamental process of good governance through the implementation of this report. 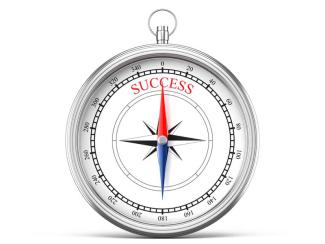 Internal Control Guide- developed by the OIA to provide management with the resources necessary to design, implement, and operate an effective internal control system.